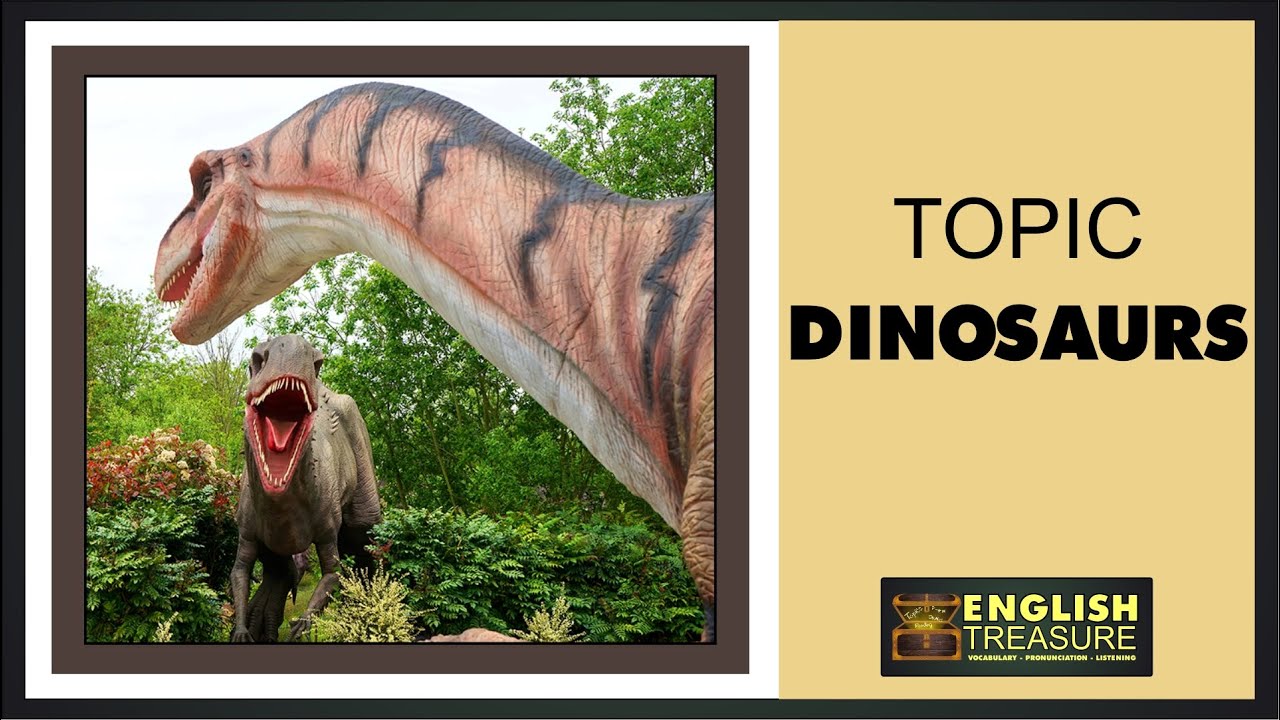 Study vocabulary and pronunciation, and practice listening to English words related to the topic of dinosaurs.

Dinosaurs have fascinated humans since the first fossilized bones were discovered by ancient people, who created myths about giants, dragons, and winged lions to explain what they had found. Dinosaurs ranged in size from great beasts larger than any animal now on the Earth to tiny lizards. Indeed, not all dinosaurs died out. Some, like sharks and crocodiles, survived and remain, virtually unchanged, in the modern world. However, it is the giant and almost alien animals that ruled the Earth that most capture the imagination: the enormous long-necked plant-eaters and the terrifying, roaring meat-eaters with rows of sharp teeth.

Perhaps most fascinating are the features of dinosaurs that no longer exist among animals, like the armoured spines of the stegosaurus, the thick skull plates of the pachycephalosaurus, or the giant sail of the spinosaurus. There can also be a sense of relief in realising how terrifying life might have been had humans lived at that time, with predators swooping from the sky not just to catch fish, but also people, and carnivores capable of running faster than a man and swallowing him whole.