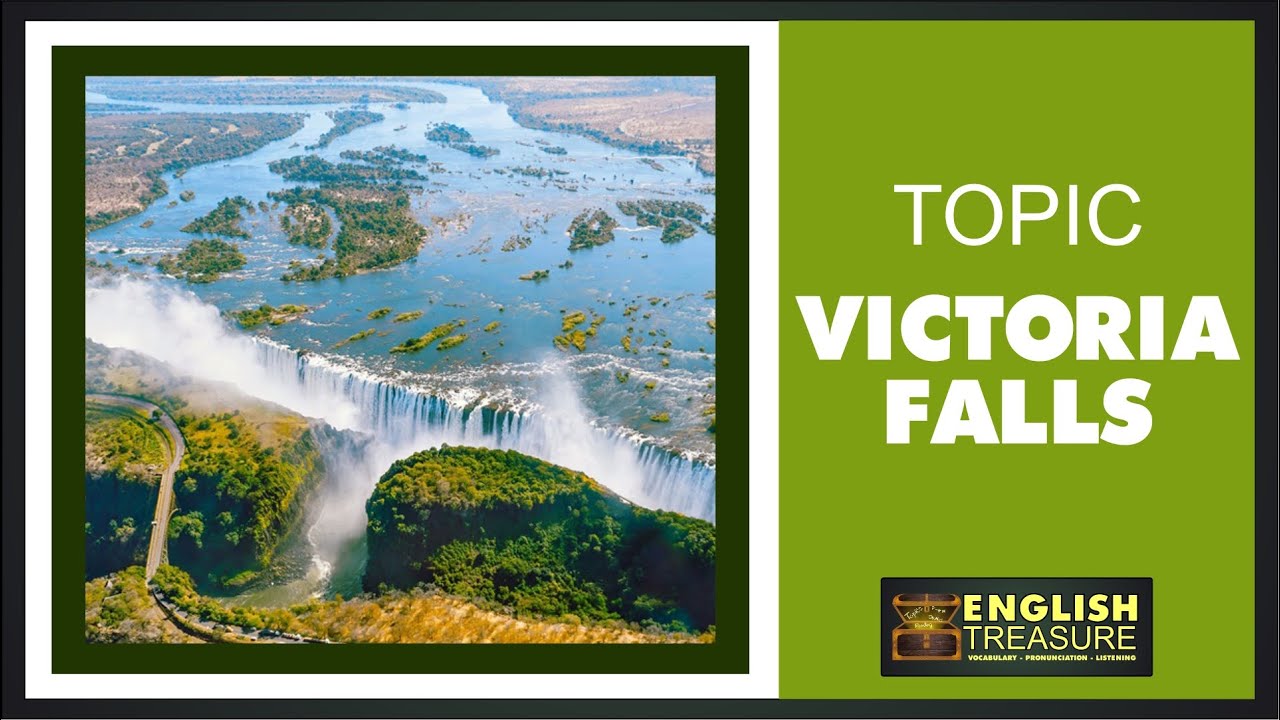 Study vocabulary and pronunciation, and practice listening to English words related to the topic of Victoria Falls.

Located on the border of Zambia and Zimbabwe, Victoria Falls is one of the largest and most beautiful waterfalls in the world. It was discovered by Scottish explorer David Livingstone in 1885 and named after Queen Victoria of Great Britain.

Victoria Falls consists of four waterfalls, separated by small islands. The falls originate from the calm waters of the Zambezi River, but when they reach Victoria Falls, the water suddenly falls more than 100 metres, creating a spectacular scene. In the rainy season, the water falls like a hurricane, with thousands of cubic metres of water cascading every second, creating mountains of froth and foam and forming a fog that can be seen from 50km away. The water droplets in the air and the bright African sun create an almost perpetual rainbow.

In the dry season, there is less water, exposing small pools at the top of the waterfall that are only large enough for a few people to sit in. Though they offer spectacular views, they are called death pools as the rushing water constantly threatens to drag bathers into the abyss.